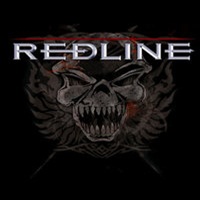 A Birmingham, UK band who play a self-described version of ‘nu-classic rock’ on this album "Vice", Redline certain evoke feelings of Whitesnake, Judas Priest, Mike DiMeo-era Riot and German melodic power through these 10 songs. Kez Taylor as a vocalist has a natural AOR timbre to his voice, melding together the power of James Christian from House Of Lords with the passion of older Don Dokken and David Coverdale.

Musically certain songs will bring you back to the heydays of hard rock’s popularity- the Dokken mid-tempo force of "Twisting the Knife" featuring some killer high note axe acrobatics from Ade Yeomans and the Y&T bluesy stomp from "King of the Mountain"  are two that instantly appealed to my discerning tastes. The semi-ballad "Cold Silence" features guest appearances from Slade’s Jimmy Lea on violin/ cello as well as Pete Lakin on piano, a dramatic effort that gives Redline another emotional side to explore and should gain plenty of female converts to the band- very Savatage-esque to my ears. This is one of those bands who hurl out the strong riff within the first 15 seconds to hook your brain, then the choruses floor you all the time- "Edge of Falling" and "We Came to Rock" typifying the heads down, good time hard rock approach that will have you returning for more.

It’s not surprising Redline are opening for acts like Saxon, Tesla, and UFO through festival action and regular touring opportunities in their home country. "Vice" contains balls to the walls guitar tones, a locked and loaded rhythm section and the powerhouse vocalist you come to expect to bring all the lyrics and melodies home. Like Devil’s Train, a new movement to bring melodic hard rock to the current generation is present- and I foresee bigger stages for Redline in the coming years to deliver more music to the masses.