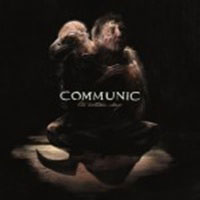 Metal moves me. Thousands of bands pass through my ears each year – yet fewer than 5% engage me the way Communic has over the last decade. Upon experiencing their “Conspiracy In Mind” debut in 2005, their brand of power metal with progressive, technical and thrash-like energy pinned my ears and made me want to return to listen to these longer songs again and again. The three piece keep their arrangements wide open, evoking divergent emotional connection over 7-10 minute intervals.

The two follow ups receive equal rate on return pleasure, but I must admit “Waves Of Visual Decay” appears to be the benchmark, quintessential Communic full length. There seemed to be a longer downtime for the band in preparation for their fourth album “The Bottom Deep”.  After talking with guitarist/vocalist Oddleif Stensland in an interview I now understand how hard it must have been to channel the pain of his daughter’s death into his music, willingly reengaging his guitar, his voice, and his songwriting in the hopes that he’ll gain some sort of proper catharsis.

Where “The Bottom Deep” changes things up is the decisive outlook on keeping the songwriting a little more sharp, to the point and also heavier in tone. “Facing Tomorrow” is the longest track at 7:44, and most of the songs fall into the 6 minute and change range- so for those who prefer the riff and release attack to be subdued, songs like “Destroyer Of Bloodlines” and “In Silence With My Scars” will keep the blood flow burning. Oddleif assuredly could be Norway’s answer to Warrel Dane – “Voyage Of Discovery” channeling the best of his time in Sanctuary and the early Nevermore years.

Tackling the production within the trio of musicians themselves, Communic wanted this more personal look into handling tragedy to be much more in your face with the tones – and ‘The Bottom Deep” certainly achieves this. The band excel in just throwing those strange riff twists or time signature manipulation that keep the investigation within the brain on high alert – the triplet drum roll here, the maze like guitar line there, the bass from below carrying the rhythm… it’s enchanting, exhilarating, enthralling. Their sound just has this fullness that a three-piece isn’t supposed to attain- the great amalgam of European seriousness and American fierceness.

Let’s get this band into the hands of a larger mass of metal followers. Support talent – reward the strong work ethic of Communic.

SPEED KILL HATE – Out For Blood