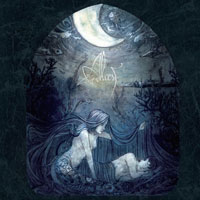 ALCEST
"Écailles de Lune"
I’ll choose Alcest to give a few words to simply because they are a new entity to me and I have been so surprised by their "Écailles de Lune" album. This album is simply stunning in it’s almost naive approach. Musically bare and open, I struggle to remember discovering something that feels quite so honest. Truly I feel Neige has built this beautiful collection of songs on instinct and by doing so has created a lush masterpiece of ‘Post Black Metal’ aesthetics draped in divine melody.

GRAVEYARD DIRT
"Of Grace And Damnation"

Hole In The Sky 2010 and in particular Repugnant and Solstafir. Hole In The Sky wins again as my music event of the year. For atmosphere the two opening days in the smaller Garage venue is tough to beat. The HITS team always pull together a line up that shows real thought, real interest and a true love for what they do. HITS also stinks of a festival run by people for all the right reasons. Long may it continue.

Without doubt it has to be the Alcest album. Why? Simply because it’s an incredible album from a band that had passed me by.

Halford "Made Of Metal". A soulless pathetic effort from a soulless pathetic man. Halford used the 1990’s to piss away every shred of credibility he had attained. Album and cover both define the term ‘Flogging a dead horse’.

Impossible to say but for the sake of following protocol I’ll choose Fields Of The Nephilim. Timeless songs, breath taking imagery and lyrics all topped off with a mystique never since matched.

The forthcoming Primordial album. Critically these guys have an almost flawless track record. 2007’s "To The Nameless Dead" was their pinnacle thus far commercially and critically. Can they top it?