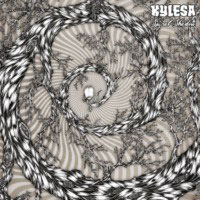 The American metal five-piece by the name of Kylesa has been making heads bang and bodies move since 2001, now they are back for more with their fifth studio album "Spiral Shadow".

Trying to live up to the high reviews off last years "Static Tensions" Kylesa has made yet another powerhouse of an album. It all starts off with "Tired Climb", which works as a intro before the mayhem begins, being one of the fastest songs on the album. The album has a clear highlight in "Crowded Road", a song heavier than Armageddon and it drags you into its orbit before you have time to pull away. It is a great guide to making metal for aspiring musicians, simply put that’s how it’s done! The title track, "Spiral Shadow" is one of the album’s musical highlights. The riff is excellent and the soft vocals on the calm bits make it all sound kinda psychedelic. "Back and Forth" is the albums most experimental track but it works and is very easy to listen to. The album’s closing track "Dust" is yet another great offering to the metal gods and it follows a lot of treasured traditions. It has a slow, sludgy feel to it but you can’t help but enjoy listening to it.

There has always been something special about Kylesa, their quite unique way of mixing sounds from the past (heavy/catchy riffs) with the present (high breaking vocals) have always separated them from the others. They have a clear gift of contrasts, the contrast between heavy and calm metal, the contrast between male and female vocals and the contrast of fast and slow pace. There have been bands before them who have attempted the same formula but none have quite succeeded in the same way as Kylesa. Personally I feel that "Spiral Shadows" is one of the best releases of 2010 and it’s sure to make more people see the great band that is Kylesa.

With highlights like "Crowded Road", "Tired Climb", "Dust", "Distance Closing In", "Spiral Shadows" and "To Forget" this is an album made for any fans of High On Fire and Mastodon. If you haven’t discovered Kylesa yet this album is a great place to start.

THE EYES OF A TRAITOR – Breathless