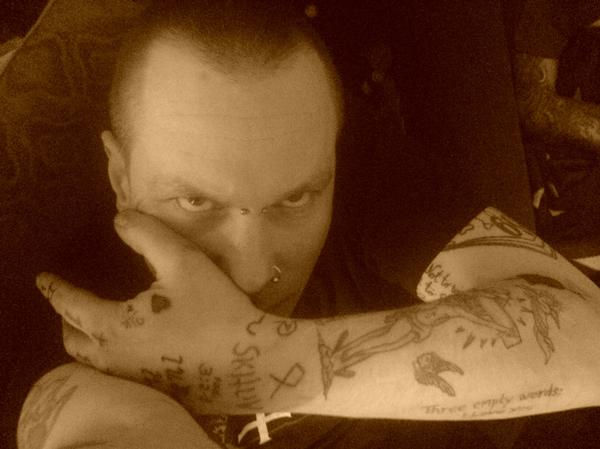 MANIAC AND ATILLA – FORMER AND CURRENT MAYHEM VOCALISTS – RECORD TOGETHER

In a move that will surprise many who bought into the rumours that there is no love lost between the two, current MAYHEM vocalist Atilla has joined former MAYHEM vocalist Maniac to record vocals for a track on the debut album from Maniac's new band SKITLIV.  Commented Maniac "Contrary to what a lot of people either say or believe, Atilla and I are actually very good friends, and always find rumours about how we are supposed to resent each other quite amusing".

About the track, Maniac said: "Amfetamin" started life as a pretty disturbing piece of music to begin with. Once Niklas joined in it became even more so, and now that Atilla has added his vocals, it's taken on yet another dimension; his voice is used almost as an instrument".

SKITLIV will be touring with Japanese all-girl band GALLHAMMER in the autumn, with dates already confirmed in Norway, Denmark, Germany and Belgium.

A new raw, un-mastered version of "Amfetamin", with Atilla's vocals added can be heard on the official SKTILIV myspace page at www.myspace.com/skitliv777.